DNA base pairs are known to differ in strength. The T:A pair (Figure 1a) is weaker and more prone to mispairing than the C:G pair.1 Likewise, U:A base pairs in RNA:RNA and RNA:DNA duplexes are weaker than the corresponding C:G base pairs, and often similar in stability to U:G wobble base pairs.2 Weak base pairing makes it difficult to bind sequences with low G/C content, which not only complicates the detection of A/T-rich sequences in a genomic context, but also presents a challenge for many other hybridization probes or primers that depend on reliable pairing between complementary sequences.

Previously, we published an approach describing how to obtain isostable duplexes using 'decorated probes'.3 However, this method failed to account for the physicochemical property changes that resulted from adding multiple lipophilic side chains to bases. In order to address this limitation, we developed an approach that relies on nucleobases similar in size to natural bases.

Figure 1. a) Structure of the base pair between adenine and thymidine, and b) three synthetic C-nucleoside residues

Through improved shape complementarity, these nucleobases achieve high affinity and high-fidelity base pairing for adenine in target strands. We opted for C-nucleosides as replacements for thymidine because unlike canonical nucleosides, which have a glycosidic C-N bond between the sugar and the nucleobase, C-nucleosides feature a C-C bond at the anomeric position. Figure 1b shows three C-nucleosides developed in recent years.

The first of the C-nucleosides synthesized was fluorobenzene derivative F#, inspired in part by the elegant work of Kool and co-workers on isosteres of natural bases.4 The fluorobenzene pairs with A, but the base pair is destabilizing compared to T:A base pairs,5 making the base analog unsuitable for the reinforcement of A/T-rich duplexes. The destabilizing effect is much smaller than that of the 2,4 difluorotoluene C-nucleoside,6 indicating that an ethynyl group at what is the 2-position in thymidine can have a positive influence on duplex stability in base pairs with adenine. In light of this, we began developing a synthetic route for the preparation of ethynylpyridone C-nucleoside E, retaining the ethynyl group, while also featuring the NH and carbonyl groups that engage in hydrogen bonding with adenine in the T:A base pair. When E was incorporated into oligodeoxynucleotides, it was found to stabilize duplexes with strands containing an adenine opposite the C-nucleoside in their sequence.7 A single E residue increased the UV-melting point of duplexes by approx. 2.1-2.8 °C, and overall base pairing strength was close to that of C:G base pairs.

The latest development in the evolution of strong pairing analogs of thymidine is represented by ethynylmethylpyridone dW (Figure 1b), the phosphoramidite of which is shown in Figure 2. This phosphoramidite was reported last year8 and is now available from Glen Research. While E had to be incorporated into DNA by a manual coupling after strand phosphitylation on solid support,7 the phosphoramidite allows for introduction of dW into oligonucleotides by automated DNA synthesis using conventional chain extension cycles. The pivaloyl (Piv) group is easily removed with the ammonia solution used to deprotect the natural nucleobases. Removal of the triisopropylsilyl (TIPS) protecting group within the ethynyl group is induced under conditions similar to those used for 2'-TBDMS protected RNA strands, with tetrabutylammonium fluoride (TBAF) as deprotection agent. 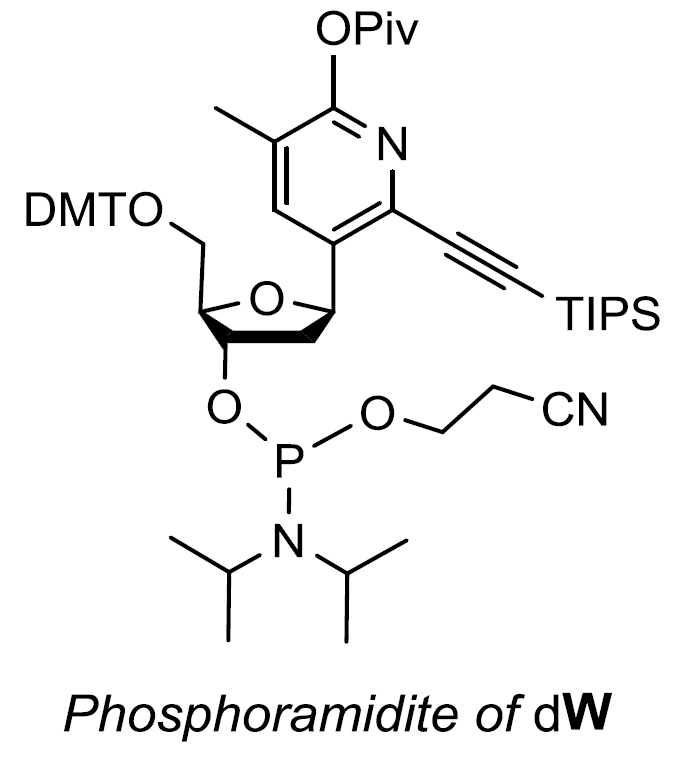 Figure 2. Structure of the phosphoramidite of dW

We studied the base pairing of dW-containing oligonucleotides in duplexes with DNA and RNA strands, and found that dW pairs slightly better with adenine than E, resulting in a base pairing strength nearly identical to that of C:G. In order for a dodecamer to hybridize to the fully complementary RNA strand, a melting point increase of 2.9°C was measured.8 Table 1 lists UV-melting points of fully complementary DNA duplexes containing dW residues.8 The ΔTm values given are compared to duplexes that contain T residues instead of dW residues in the oligodeoxynucleotide chain. From this data, we can discern that although the melting point increase per dW residue depends on the sequence context and the number of modified residues, substantial stabilization is observed in all cases studied. Furthermore, dW possesses excellent base pairing fidelity, all but suppressing wobble base pairing with G, as evidenced by a ΔTm of -20.5 °C for a single mismatched G in the sequence context.8 These results demonstrate just how strongly and selectively the new C-nucleoside pairs with A.

Table 1. UV-melting points of duplexes with fully complementary strands, as measured for the oligodeoxynucleotides containing dW residues listed above.

What are the reasons for the high stability of dW:A base pairs that contain one hydrogen bond less than C:G base pairs? Figure 3 shows the base pair with adenine. The ethynyl group reaches into the minor groove and likely gets into van der Waals contact with the CH group at position 2 of the adenine ring. This additional interaction is a probable contributor to pairing strength, as evidenced by the results of theoretical studies.8 Stacking interactions with neighboring bases is another, as well as hydrophobic/solvation effects. The effect of the ethynyl group is thus reminiscent of what has been reported for 5-propynylpyrimidines.9 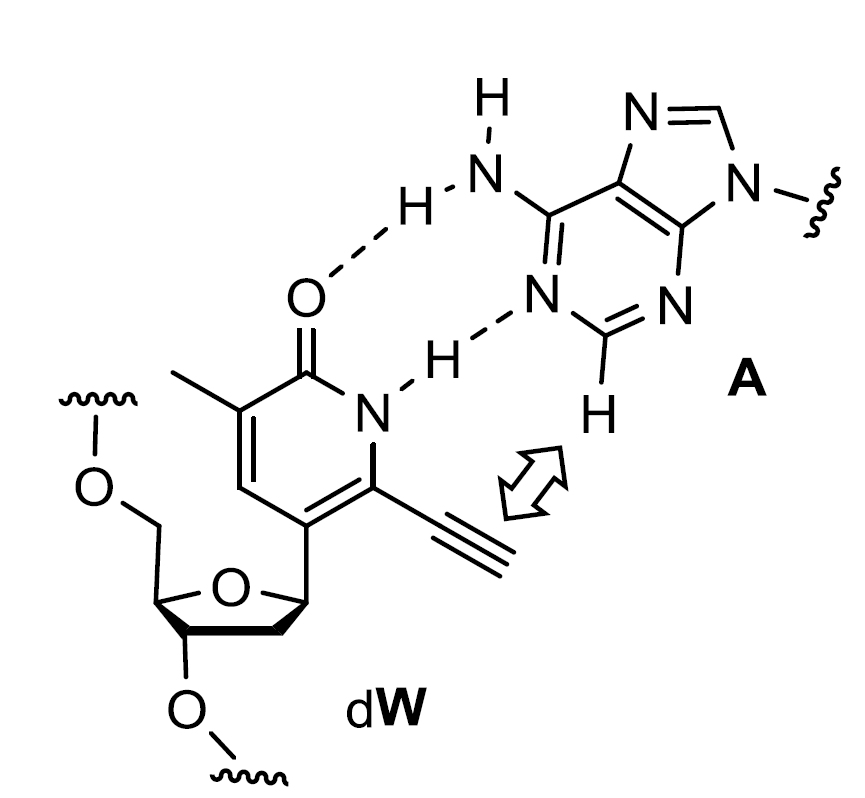 Figure 3. Proposed molecular interactions in the base pairing of a dW residue with adenine in a double helix. Besides the hydrogen bonds known from T:A base pairs, there is potential for van der Waals interactions between the ethynyl group and the lower rim of adenine facing the minor groove, as indicated by the double-headed arrow.

In conclusion, the ethynylmethylpyridone C-deoxynucleoside dW represents an appealing replacement for thymidine in oligonucleotides designed to pair with target strands containing adenines. The phosphoramidite makes incorporation into oligonucleotides a facile process easily performed by laboratories that are well versed in the art of oligonucleotide synthesis. Given that the new nucleobase shows a significantly stronger binding and higher base pairing fidelity than T, dW will be an interesting option for applications that rely on hybridization between complementary strands. We hope that by placing the phosphoramidite of dW into the hands of interested researchers, Glen Research will foster new research by providing a solution to a classical problem in nucleic acid chemistry, opening the door to applications ranging from hybridization probes to building blocks for nanostructures.