While attempts are being made to simplify the genetic code by the use of universal and degenerate bases, it remains a topic of more than academic interest to extend the genetic code by the addition of new base pairs. A non-standard base pair which has received considerable attention is that formed between isocytosine (iso-C) and isoguanine (iso-G). Indeed, isoguanosine is a naturally occurring ribonucleoside known as crotonoside. A standard Watson and Crick base pair is formed between iso-C and iso-G, but the hydrogen bonding pattern, shown in Figure 1, is quite different from the natural base pairs A-T and C-G.1 (The 5-methyl analogue, as shown in Figure 1, was chosen as the synthetic target due to the reported2 instability of 2'-deoxyisocytidine caused by deamination during oligonucleotide synthesis or deprotection.) 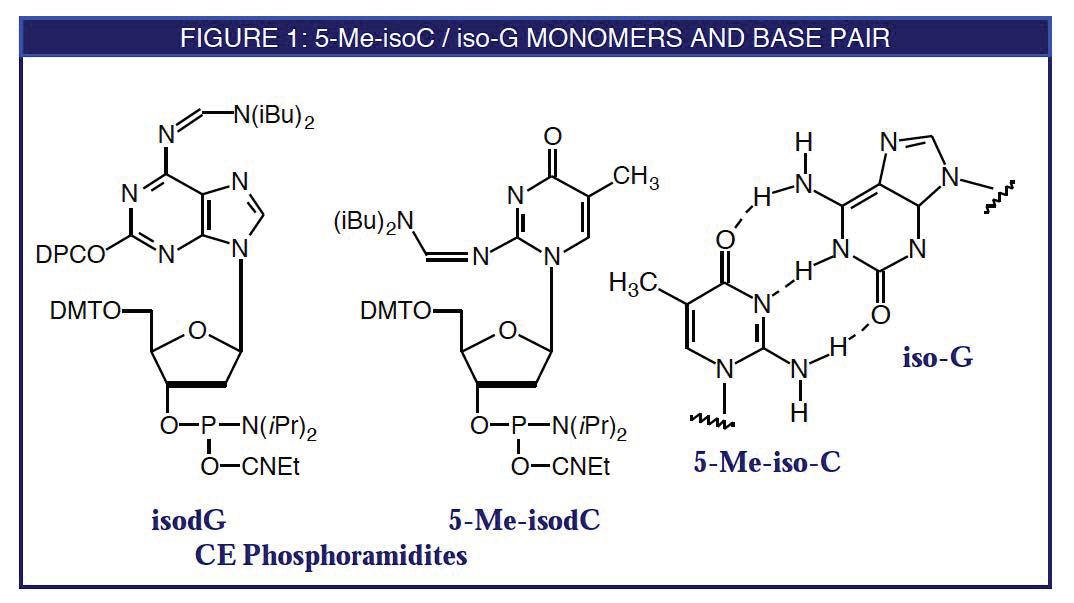 Since 5-methyl-2'-deoxyisocytidine (5-Me-isodC) and 2'-deoxyisoguanosine (isodG) are both very susceptible to cleavage of the glycosidic bond under acidic conditions, we chose formamidine protecting groups for both. Therefore, 5-Me-isodC was protected at the N2 position and isodG at the N6 position with diisobutyl formamidine. The O2 position of isodG was protected with diphenylcarbamoyl (DPC) which is labile under standard ammonium hydroxide deprotection conditions. [A recent publication2 describes the use of a 4-nitrophenyl protecting group for the O2 position but this requires an additional deprotection step (20% DBU/acetonitrile) prior to the ammonium hydroxide deprotection.] The structures of the two CE phosphoramidite monomers are shown in Figure 1. Even with the use of formamidine protecting groups designed to stabilize the glycosidic linkages, oligonucleotides containing these modified bases should be prepared using dichloroacetic acid (DCA) rather than trichloroacetic acid (TCA) in the deblocking mix. Most synthesizers already use DCA in the deblocking mix. The exception is Applied Biosystems synthesizers and an alternative deblocking mix containing DCA is available from Glen Research. Base composition analyses was carried out on two 17mers containing three 5-Me-isodC and three isodG residues, respectively. The results, shown in Figure 2, confirm that these labile deoxy-nucleosides are still capable of producing accurate oligonucleotides with minimal degradation. Digestion and HPLC conditions are available on request. 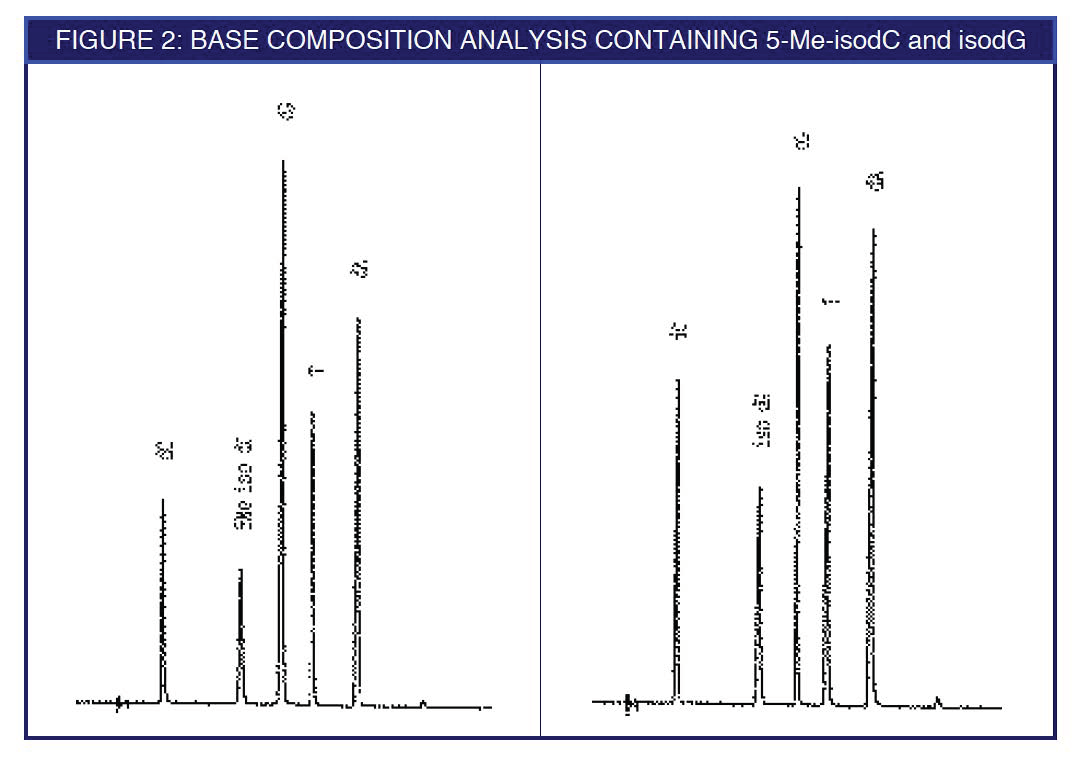